Learn about the way that Spanish words have gender and number, that is how they are masculine or feminine, singular or plural.

In Spanish every noun has a gender, it is either masculine or feminine.

Nouns that end in –o are usually masculine.

Of course there will always be exceptions!la mano = the handalthough mano ends in ‘o’ this is a feminine noun

Nouns that end in –a are usually feminine.

Exceptions Now it would be wonderful if the –o and –a ending rule always worked for us to know if a noun was masculine or feminine but there are some exceptions.

Exceptions for nouns ending in ‘a’There is a small group of words that come from the Greek language that end with –ma, -pa or –ta and these words are masculine.el problema = the problemel tema = the theme, subjectel sistema = the systemel mapa = the mapel poeta = the poetel planeta = the planetel clima = the climate, the weather

‘The’Did you notice that each noun had either ‘el’ or ‘la’ in front of it?These are two of the Spanish words that mean ‘the’. ‘El’ and ‘la’ are called ‘definite articles’ because they indicate ‘definite’ or ‘specific’ nouns.Just like nouns, definite articles are either masculine (el) or feminine (la).

Definite & Indefinite ArticlesThe definite article ‘the’ allows us to refer to a definite or specific noun.‘the’ pencil – ‘el’ lapiz (the one on the table or the one that I’m pointing to etc)The indefinite articles ‘a’ or ‘some’ allow us to speak about nouns in a general or non-specific way.‘a’ pencil – ‘un’lapiz (any old pencil) or ‘some’ pencils – ‘unos’ lapices (any old pencils)

There are more articles in Spanish than there are in English:The definite articles ‘el’, ‘la’, ‘los’ and ‘las’ all mean ‘the’ but as you can see there are masculine and feminine, singular and plural forms.

And then you have the indefinite articles …‘Un’ or ‘una’ meaning ‘a’ (nb these words also mean ‘one’)and ‘unas’ and ‘unos’ meaning ‘some’.

You will need to use the plural articles with plural nouns.Eg. The children. Los niños.Some children. Unos niños.

Everything must agree!We’ve learnt that nouns and their articles need to match, they can be singular or plural, masculine or feminine.El libro. The book. Los libros. The books.La mesa. The table. Las mesas. The tables. This rule also applies to words that describe nouns – adjectives.In English, adjectives usually go before the noun that they refer to, the ‘red’ book. But in Spanish they usually go after the noun.Try to train your ear to listen out for the similar sounds in a row of words in a sentence. (Masc/Sing) The red book. El libro rojo. (Fem/Sing) The red table. La mesa roja. (Masc/Pl) The red books. Los libros rojos. (Fem/Pl) The red tables. Las mesas rojas.

Here are some more adjectives that match the nouns that they describe - can you identify the masculine or feminine, singular or plural forms?El hombre gordo. = The fat man.Los hombres gordos. = The fat men.La mujer gorda. = The fat woman.Las mujeres gordas. = The fat women.

Now let’s see how much you can remember, fill in the gaps …In Spanish every ______ has a gender, it is either masculine or feminine.Nouns that end in –o are usually ________ and nouns that end in –a are usually _________.There are exceptions however, what gender are the following words? mapa, mano, día, agua, tema, planeta, sofa, mediodía?What are the four Spanish words that mean ‘the’?How do you say ‘a’ and ‘some’ in Spanish (four options)?How would you translate ‘the white tables’?What about ‘the white books’?What is special about ‘agua’ in its singular form?

How did you do?In Spanish every noun has a gender, it is either masculine or feminine.Nouns that end in –o are usually masculine and nouns that end in –a are usually feminine.There are exceptions however, what gender are the following words? mapa (masc), mano (fem), día (masc), agua (fem), tema (masc), planeta (masc), sofa (masc), mediodía (masc)?What are the four Spanish words that mean ‘the’? el,la, los, lasHow do you say ‘a’ and ‘some’ in Spanish (five options)? un, una, unos, unasHow would you translate ‘the white tables’? las mesas blancasWhat about ‘the white books’? los libros blancosWhat’s special about ‘agua’ (water) in its singular form? It borrows the masculine article ‘el’ to make it easier to pronounce.

Well done, if you were able to answer the previous questions I think you are ready to move on to the next subject. But if you would like to know more about nouns and their gender, the following is supplementary information.

What about nouns that don’t end in o or a how can you know if they are masculine or feminine?Here are some general rules …..Nouns ending in -dad / -tad / -tud are normally femininela ciudad = the cityla edad = the agela universidad = the university

Can you make those nouns plural?la ciudad = the cityla edad = the agela universidad = the universityhmmmm….

Did you say? ….las ciudades = the citieslas edades = the ageslas universidades = the universitiesThen you would be quite right!

Nouns with a stressed ‘a’ or ‘ha’ syllable at the beginningIn their singular form these nouns borrow the masculine singular pronouns "el” and "un" .el asma (asthma), el habla (speech), el hada (fairy), el hambre (hunger)But in their plural forms, it's back to normal with the feminine articles ….el alma (soul) las almas (souls)

Masculine Noun EndingsMost nouns that end in –r, -l, -s and –n will be masculine.Other endings that can indicate a masculine noun include …. – ambre and –ajeel alambre = wireel enjambre = swarm of beesel equipaje = luggageel paisaje = landscape

More masculine noun endingsNouns that end in –or or –án are usually masculine as are those that end in a stressed vowel (í, ú etc). el amor = loveel calor = heatel sudor = sweatel champú = shampoo

Nouns that refer to peopleSome nouns referring to people don’t change their endings but used with the feminine article they refer to a female and with the masculine article they refer to a male. la modelo = the model el modelo = the modelA number of these nouns end in –ista or –crata.un/una amante = a lover un/una guía = a (tour) guide el/la idiota = the idiot, el/la testigo = the witnessel/la artista = artist el/la florista = florist el/la aristócrata = aristocrat

Would you like to see how much you remember?Name the Spanish singular masculine article that means ‘the’.How about the feminine ‘one’ that also means ‘the’? What are the plural forms of ‘el’ and ‘la’?Now can you tell me the two Spanish words for ‘some’?Halfway there, now let’s test those noun endings, are these nouns masculine or feminine?: alambre? and how about lección? And what’s different about ‘mano’ (hand)?

And here you have the answers.Name the Spanish singular masculine article that means ‘the’: elHow about the feminine one that also means ‘the’? laWhat are the plural forms of ‘el’ and ‘la’? los and lasNow can you tell me the two Spanish words for ‘some’? unos or unasNow let’s test those noun endings, are these nouns masculine or feminine?alambre? masculine because it has the –ambre ending lección? feminine because it has the -ción ending. And what’s different about ‘mano’ (hand)? It ends in ‘o’ but it’s a feminine noun, la mano. Top work – ¡bien hecho! I think you’re ready to move on to the next subject!  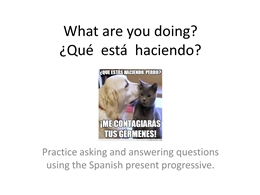 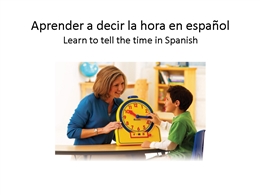 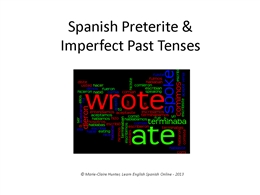 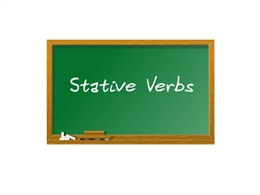 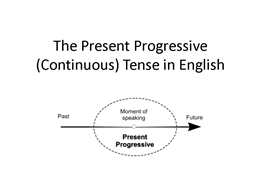 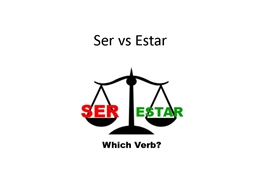 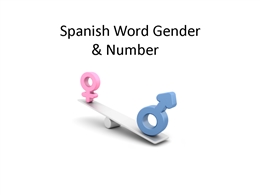