The Rise of Women Artists in Northern Italy
Jeniffer Desir

Sofonisba Anguissola
One of the first truly important women painters of the Italian Renaissance.
She was born in Ceromna
Her father was a noble man, he made sure that all seven of his children, including his four daughters, recieved humanist enducation, including training in art.
Her father was impressed by her talents that he wrote Michelangelo asking for his support, which in fact the older artist provided.
One of Anguissola's most interesting paintings is a portrait of her teacher, Bernardino Campi, painting a portrait of her.

Lavinia Fontana
The University of Bologna admitted women to study.
They could not pursue degrees in canon law or jurisprudence, but they could study history, literature, botany and possibly astronomy.
One of these painters was Lavinia Fontana.
The daughter of a painter, she achieved an international reputation by the end of the sixteenth century, painting more than 150 works.
The Spanish prelate in Rome commissioned her to paint her own self-portrait for his collection,it was meant to hang by Sofonisba Anguissola.
Among Fontana's greatest works is an altrerpiece commissioned by the Gnetti family of Bologna, a Consecration of the Virgin.
Instead of including its patrons, Fontana painted their children.

Mannerist Sculpture: Focus on Individual Genius
The belief that an artist's individual genius manifests itself in the virtuosity of the hand owes much to the influence of the Accademia del Disegno in Florence, founded by Giorgio Vasari in 1562 under the patronage of Cosimo de'Medici.
The Accademia emphasized history and theory, and Vasari's own Lives of the Most Excellent Painters, Architects, and Sculptors, published first in 1550 and then greatly expanded in second edition in 1568 provided the historical framework.

Giovanni Bologna
The practical result of Vasari's emphasis on individual genius was that the Accademia encourged artists to develop their talents outside the constraints of tradition and convention.
Genius, from Vasari's point of view, was most readily apparent in invention.
And it was, in fact, simply to demonstrate his inventive skill sculptor Giovanni Bologna undertook to carve a triple figura serpentinata at the Accademia in 1579-83.
Rising in a complex spiral to a height of nearly 13 1/2 feet and lacking a single predominant view, Giovanni's llarger-than-life-size masterpiece was simply a sculptural invention, without specific reference, let alone title.

Benvenuto Cellini
One of the most iventive sculptors of the day was not a member of Vasar's Accademia but a goldsmith by trade.
It was his Perseus that was already in place under the left arch of the Loggia della Signoria when Giovanni Bologna's Rape of the Sabine Women was installed under the right arch in 1583.
Cellini was a notorius figure who led an openly bisexual life.
He once gilded the body of an assistant and dressed up another as a young woman to accompany him to a party.

He was imprisoned in 1557 for committing repeated acts of sodomy with another of his apprentices, who probably reported the offenses to the authorities in retaliation for having been fired.
Sentenced to four years in prison, and stripped of the privilege of ever holding public office, Cellini spent only a little over a month in jail before the sentence reduced to confinement in his own house.
There he began work on his Life, one of the first secular autobiographies ever written.
Cellini clearly intended to use this work of literature to rescue his reputaton, or at least to celebrate his audacity.
At one point, Cellini describes making the model for intricately sculptutal and inventivesaltcellar that was intially intended for the cardinal of Ferrara but was later excuted for King Francis I, whose taste for mannerist art, especially, erotic nature, as noted, was great 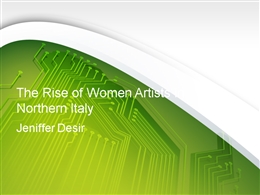 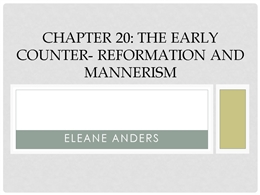