Labor Strikes in the 1930s Presentation.pptx

Century Airline Pilot Strikes, USThe pilots were informed there was to be a 40% wage cut and were ordered to resign then reapply to work under the new pay scale; the pilots rejected and marched to Chicago ALPA headquarters. Replacements were found, however were inexperienced resulting in the death of two pilots. This then put Century Air under pressure from national and local governments, forcing E.L. Cord to sell Century Airlines to AVCO.January 23 - April 2, 1931

Adalen Shootings, SwedenThis was a sympathy strike in response to a conflict over pay reductions at the pulp factory in Sweden. Troops arrived to end the peaceful protest, but they believed the strikers had weapons and shot warning shot that ricocheted killing 5 people- one a bystander, and injuring another 5. After, the troops were tried and acquitted and the one man found guilty faced 3-days in prison without pay. The protesters tried, however, faced severe punishments with a 2 and a half hard labor prison sentence. May 14, 1931

Santa Clara Cannery Strike, USIn protest of 20% cut in wages, cannery employees walked off the job. The strikers rallied with demands for increased wages, time and a half for overtime, free transportation for female employees, no employer discrimination against Union workers. equal pay for equal work, and formal recognition of the union. These were women-led protests, that were non-violent though in the end none of the demands were met and the strike dissolved.July-August 1931

Chilean Naval Mutiny, ChilePublic spending cuts were launched at the onset of the Great Depression. There was a 30% cut in all salaries, including the navy. This pay cut was on top of the 10% cut and loss of bonuses already implemented on armed forces. The naval mutineers took command of 14 sq. units, taking officers prisoner and sent their demands to rescind the salary cut. The Chilean army and air force attacked the mutineers, disheartening them to end the mutiny. The sailors were put to trial; they were all pardoned.August 31 - September 7, 1931

The Invergordon Mutiny, UKThe Invergordon Mutiny took place in the British Atlantic Fleet. The mutiny sparked after attempts to deal with the Great Depression, which called for a 10% pay cut to already poor pay. The Rear Admiral Tomkinson in charge ended the insurrection by taking the complaints and having them delivered in person to the Admiralty. Further insurrection was punished with jailing and discharge after they did not cease.Sept. 15- 16, 1931

Tampa Cigar Makers’ Strike, USThe Tampa cigar makers were protesting the wage scales and fighting to uphold the integrity of traditional cigar making craftsmanship.The strike intensified as vigilantes who fought against strikers were condoned, strikers put into bleak cell condition, and drastic injunctions were passed to quell the strikers. The insurrection was deemed a communist movement to undermine the integrity of the US. In the end, the strike ended with workers returning to the factory and original pay scales reinstatedNovember - December, 1931

Ford Hunger March/Ford Massacre, USDetroit Unemployed Council and the Auto, Aircraft and Vehicle Workers marched from Detroit to Dearborn (the largest Ford company). The peaceful march turned violent when the marchers were met by the police at the Dearborn city limit. The police, later joined by For security, attempted to disband the protest with tear gas and hitting marchers with clubs. The protesters, angry returned fire with stones, and finally gunfire erupted. When the protesters began to retreat, they were met with more gun fire. Dozens were wounded, 4 killed.March 7, 1932

Strikes in Teikovo, RussiaSoviet workers informed Stalin they were rebelling against he “‘starvation’ rations implemented.” Pretests were taken to the road and the authorities showed no interest in meeting the workers’ demands. The authorities, unbothered by the workers, held the upper hand until they finally coerced the workers to capitulate.April 1932

October 3 - 26, 1933California Agricultural StrikeUnited StatesOver 18,000 workers protested in what remains California’s largest agricultural strike. Laborers fought to increase their pay and to dismantle the contract labor system. Although they gained some increases in wages, several Mexican families were sent back to Mexico. And agricultural workers were excluded from FDR’s initial social security plan.

April 12 - June 3, 1934Toledo Auto-Lite StrikeUnited StatesMembers of the Electric Auto-Lite Company who belonged to Federal Labor Union 18384 pushed for increased wages and for their union to be recognized by management. Violence escalated to the use of tear gas, bayonets, and crowd-controlling shots. The strike resulted with a 5% pay increase, official union recognition, and rehiring of all striking workers.

May 9 - July 17, 19341934 West Coast Waterfront StrikeUnited StatesPrior to the strike, dockworkers along the West Coast had been represented by small company unions post-WWI. They desired independent union representation, an increase in the number of men in each gang, and lighter workloads. After several violent incidents (including “Blood Thursday” when two picketers were killed due to shotgun fire), they gained unionization across the entire West Coast. Relations between the seamen and dockworkers, however, continued to drift apart as their new union fought to sovietize the waterfront.

May 16 - August 24, 1934Minneapolis Teamsters Strike of 1934United StatesStrikes by local trucking companies in Minneapolis helped to spearhead the growth of industrial labor unions in the 1930’s. This strike, led by the Trotskyist Communist League of America, aided in the establishment of over-the-road drivers and rebuilt the Teamster’s small craft union into an organized national union.

June 1935Battle of Ballantyne PierBritish ColumbiaLaborers working at a federally owned dock began to strike, though unrest had been growing since 1912. Although the strike failed, it paved the way for a dockworker’s union independent of their employers.

May 1935Copperbelt StrikeAfricaZambian mineworkers strike against unfair British colonial taxes. After six deaths, the strike was recalled and they failed to gain what they had asked for.

April 1935 On-to-Ottawa TrekCanadaThousands of men working in federal relief camps protested the squalid conditions of building roads and working for wages of 20 cents per day. 1600 strikers went on walkout to Vancouver while hundreds of others rode boxcars to Ottawa with complaints against the federal government for lack of first aid resources and exclusion from voting in federal elections.

May - June 1936France 2 million workers (equivalent to every one in six French citizens) participate in walkouts and sit-ins in Paris demanding a 40-hour work week, paid vacations and higher wages. Prime Minister Leon Blum forces industrialists to adhere to the demands and later resigns within the year.

December 12, 1936ChinaMarshal Zhang Xueliang arrests Generalissimo Chiang Kai-Shek of the ruling Kuomintang in China. The Xi’an incident unites the Chinese Nationalist and Communist armies in a truce and forms a united front against the invading Japanese.

1936United StatesThe American Federation of Labor and the Congress of Industrial Organizations, the country’s largest trade unions, work together to create the Labor’s Non-Partisan League, with the purpose of ensuring President’s Roosevelt’s reelection.

1937United KingdomWorkers for the English subsidiary of the Czech Bata Shoe Company, disgruntled with their anti-union stance, go on strike and lead a boycott on retail shops that sell the shoes. This comes to the attention of the House of Commons and the Czech government is consulted. The company agrees to allow workers to belong to the National Union of Boot and Shoe Operatives.

May 1937 Spain Stalinists fighting for the Republic of Spain, with the aim of disarming the workers’ militias in Barcelona, attack the anarchist-occupied telephone exchange. The workers defeat the Stalinists. Under the influence of the USSR, the Spanish Republican government sends more troops to Barcelona to seize the city.

May 30, 1937United States What has been coined the “Memorial Day Massacre” occurs in Chicago during the Little Steel Strike. Police shoot and kill ten unarmed protesters, who were protesting smaller steel companies refusal to sign union contracts while U.S. Steel had done so. This is subsequently judged a justifiable homicide and none of the officers are prosecuted.

August 16-25, 1937Poland In “The Great Peasant Uprising,” agrarian peasants, under the organization of the People’s Party, demonstrate in 12 voivodeships (subdivisions) of the republic. Small groups of Party members attack strike-breakers with sticks and kill 104 police officers. The police use guns and batons, killing 64. The police take their revenge, pacifying over 700 farms.

June 19, 1938CanadaIn response to the Prime Minister’s cuts to aid grants to the provinces, unemployed persons participate in a sit-down at Vancouver’s main post office and the art gallery next door. Police throw tear gas into the buildings and then beat protesters with batons. This event becomes known as “Bloody Sunday.”

1938United States Chinese-American women working in San Francisco sewing factories supplying National Dollar Stores join up with the Ladies Garment Worker’s Union and lead a 105-day strike. It ends with a pay raise and 40-hour work week. The passage of the Fair Labor Standards Act establishes the first minimum wage in the country.

June 12-15, 1939EgyptThe General Foundation of Labor Unions in the Kingdom of Egypt go on an organized hunger strike for the legal recognition of trade unions. The Chamber of Deputies (a lower House of Parliament) agrees to consider a law allowing unions but does not deliver. The GFLUKE gets shut down with the declaration of martial law in 1940. 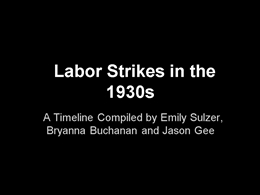 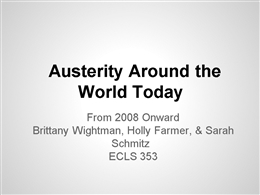 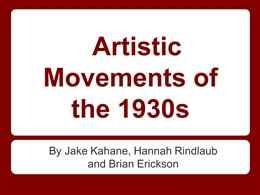