Describing the codes and legal standards related to swimming pools.

National Conference of State Legislatures (NCSL)
Non-profit, bi-partisan organization of state legislatures
Members are all 50 state legislatures, 7,400 legislators and 30,000 legislative staff in 50 states, D.C. and U.S. territories. Quebec, Alberta and Scotland are members
Offices in Denver and D.C.
Among our goals - To provide legislatures with information and research about policy issues, both state and federal.
NCSL tracks state policy developments in all public policy areas.

Risks to Public/Private Venues
How can an Aquatic Venue be liable?
By operating a venue that is accessible
to the public
to paying patrons
to trespassers
Aquatic Venues are, by their nature, dangerous
Injuries from drownings
Slips and falls
Chemical maintenance
Public health threats

Lawsuits against Aquatic Venues
August 2010, Arizona attorney Kristin Rooney filed a $26 million wrongful death claim on behalf of the family of 16-year-old Jesus “Jesse” Prado, who died May 14, 2010
April 2008,Vincent Agwouke, 17, drowned in the swimming pool at Westside High School after he and several other students jumped in, following a science experiment.
12 yr old drowned on a field trip, parents sued the city of New York for $20 million.
No Lifeguard on duty

Lawsuits Against Aquatic Venues
Mt. Laurel PA pool sued for $100,000
Man was running, injured while jumping into pool
Pool closed due to fear of lawsuits
Improper Pool Markings Lead to Quadriplegia: $5.2 million verdict for a young man who dove into the shallow end of a hotel swimming pool
The pool was not properly marked to identify the depth and restrictions on diving
Improper Supervision at Daycare leads to Near-drowning: 6 yr old girl who was attending "swim time" at her day care, she was left unsupervised in the pool

Legal Standard of Care
Reasonable Person: the degree of care that a person or ordinary prudence would exercise in the same or similar circumstances; the standard which a property owner must observe to avoid liability for injuries to patrons
Determined by court cases (legal precedence), the foreseeability of harm to the plaintiff
Did the owner know or should they have known that their venue could cause an injury?
‘But-for’ the actions by the operators of the venue, would the plaintiff be injured?

Policy Implications
Insurance may require property to meet state/federal /industrial standard
Coverage determined by adoption of standard
Lending Institutions may require properties meet a standard
Mortgage affected by adoption of standard
Courts may accept a state/federal/industrial standard as legal standard of care
Juries may find that standard available, not followed, led to injury
Aquatic Venue at fault – pay up!

Conclusion
Adoption of a standard lessens liability and insurance risk.
Creates a uniform standard of care.
Defines assumable risk for aquatic venues v. relying on juries or judges
Many questions linger…
This is inherently a state/local issue.
Will the MAHC take precedence?
Will the MAHC be able to address novel outbreaks?
Can the MAHC protect the aquatic industry from being sued out of existence? 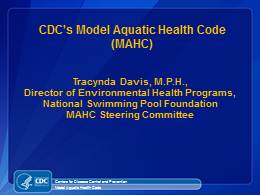 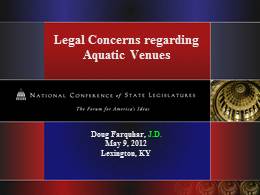 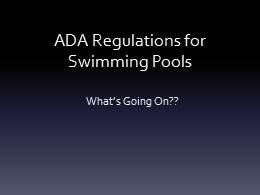