The newsletter of the Green Economics Group. Second issue.

04/29/2013 The Green Economics Group Weekly Update University of Chicago Compiled by: Dylan West, Research Analyst De finitions To Know Smart Grid : The integration of automated computer communication to improve efficiency in a power grid by shifting power supply to match demand in real time. Fracking : Hydraulic fracturing; using high - pressure water mixed with chemicals to fracture subterranean rock formations to release natural gas and petroleum. Environm ental Economics World News A City That Turns Garbage Into Energy Copes With a Shortage Oslo, Norway imports large quantities of garbage from across Europe to generate waste - to - energy power. In a can handle 700 million tons a year, while the city only produces 150 million tons per year. Countries like Britain benefit as they can pay much lower rates to export garbage than they would spend on domestic landfills. One concern is the low supply incenti vizes the production of more garbage rather than trying to reduce waste. Link : E conomic and Financial News Federal Cuts Are Concern in Modest U.S. Growth While economic activity has increased to an annualized 2.5% growth rate in the first quarter of 2013, up from - the - he federal budget has been cut by $85 billion, which will have a multiplier effect throughout the economy as consumption and investment falls in response to wage stagnation and loss of growth - promoting federal subsidies. Link : Interesting News Grocery Delivery Service Is Greener Than Driving to the Store Getting your groceries delivered ev ery week may be the future. A new study by University of Washington engineers has shown that using a delivery truck to bring groceries to clusters of houses reduces carbon dioxide emissions by 50 to 90% compared to individual trips to the grocery store. This is an example of an instance in which the convenient service in San Francisco, Amazon is operating one in Seattle, and a number of other companies are also seizing this opportunity, as it is certain to be a growing market. Link : Green Economics Group Environmental Economics Weekly Update

04/29/2013 The Green Economics Group Weekly Update University of Chicago Compiled by: Dylan West, Research Analyst Charging an Electric Car As electric cars become more popular, the power grid will have to adapt to cope w ith the added drain of millions of cars charg ing simultaneously every night. Source : New York Times " How to Charge Millions of Electric Cars? Not All at Once " 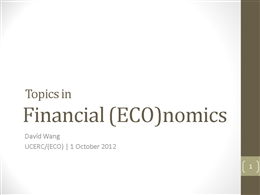 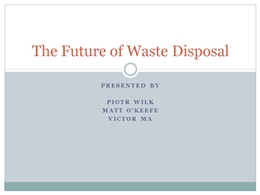 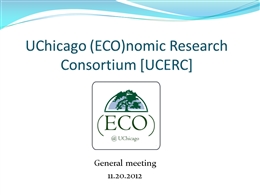 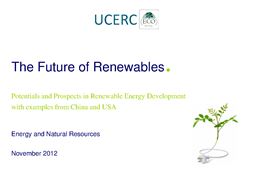 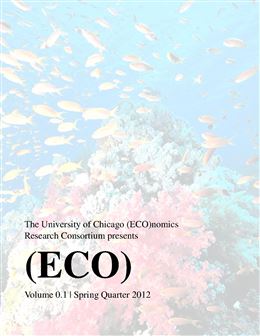 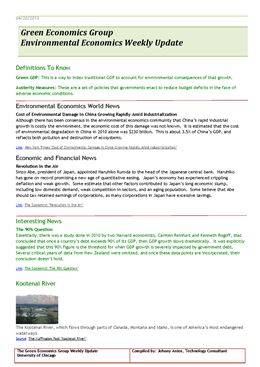 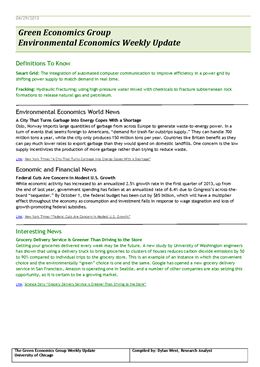