Last updated on March 5, 2013 To relieve business costs, a will be granted to companies for three years from YA 2013 to YA 2015 Companies that do not qualify for the SUTE scheme will still be eligible for partial tax exemption: Most newly formed companies are eligible for the Start-up Tax Exemption (SUTE) Scheme for the first 3 consecutive YAs: * With effect from 26 February 2013, property development and investment holding companies will be eligible for partial SUTE only. Did you know? At 17%, Singapore222s corporate income tax rate is the third lowest in the world after Hong Kong (16.5%) and Ireland (12.5%). However, the effective tax rate of a Singapore company with S$500,000 of normal chargeable income will only be 11.8%. With the income tax rebate, it is lowered to 8.27% for YA 2013 - YA 2015.

RIKVIN PTE LTD 20 Cecil Street, #14-01, Equity Plaza, Singapore 049705 Main Line : (+65) 6320 1888 Fax : (+65) 6438 2436 Email : info@rikvin.com Website : www.rikvin.com Reg No 200100602K EA License No 11C3030 This material has been prepared by Rikvin for the exclusive use of the party to whom Rikvin delivers this material. This material is for informational purposes only and has no regard to the specific investment objectives, financial situation or particular needs of any specific recipient. Where the source of information is obtained from third parties, Rikvin is not responsible for, and does not accept any liability over the content. Helpful Links: Company Registration Singapore Work Visas Business Services Accounting Services Offshore Company 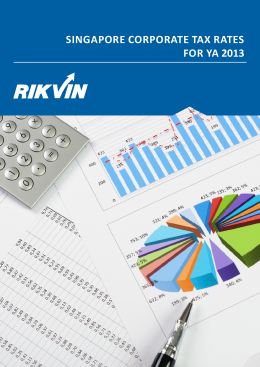 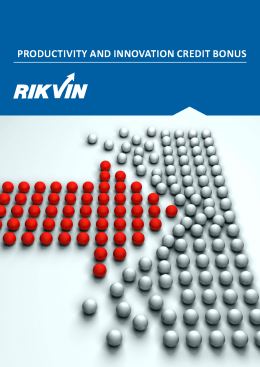