LinkedIn announced in January that it had reached a milestone.LinkedIn we will make professional contacts. It talks about business.

1 Why Has A LinkedIn Account In 2013? LinkedIn announced in January that it had reached a milestone: 200 million members. Ok this is far from the 900 million subscribers which can boast Facebook . This makes it still the first professional social network in the world. According to the company, 74 million users are based in the United States, 11 million are in the United Kingdom, France, has just over 4 million members, but the evolu tion is constant. LinkedIn is the gateway to dozens; hundreds no better yet millions of business contacts possible. This network is not only for the unemployed. In LinkedIn there are 200 million users are using they are not looking for job only. Are you re you already know the principle of Facebook and Twitter. LinkedIn is different. We will not share photos of our weekend at the seaside, spending hours talking with friends. LinkedIn we will make professional contacts. It talks about business and we do business. The strength of your network to support your business Have contacts in the professional sector is always useful. Create a network is important. Do not look for contacts only when it is needed during a job search example. Enjoy every opportunity to become acquainted with professionals in your field because one day it may serve By : Opti Matrix So lution - Web Development Company

2 you or you may be able to help your own contacts. Life is made up of exchanges do not forget. Not to mention that among all these many contacts can become customers, suppliers and partners. When the employer becomes a client Sometimes it is difficult to keep in touch with people with whom you have worked in the past yet it may be helpful if you need a recommendation. LinkedIn allows you to search contacts by employer. Did you know that the former employer is often very interesting sourc e of contracts for freelance which launches his account? Provided of course be left on good terms. LinkedIn thematic source intelligence Regularly check the flow of information on LinkedIn allows you to keep you informed of news in your area through diffe rent posts from your contacts. This social network becomes a part of your day theme. You never miss the latest information that will help you and sharing your turn AA on your social networks you can position yourself as a professional on the lookout for th e news. Be recognized as an authority in your industry One way to be considered a thought leader in your industry is to increase your visibility. One way to do thi s is to actively participate in groups related to your career field. Whenever you post in groups or answer questions it is listed on your profile. This will prove your active involvement in this online community. A tip: to gain more visibility in groups, c hoose to leave comments on existing posts. Few members do it and it will allow you to highlight lot By : Opti Matrix So lution - Web Development Company

3 more than posting an additional message. Start the discussion with group members and you will be noticed. Your Profile as Business Card If you were employe But beware as an entrepreneur, freelancer, and manager. Your LinkedIn job. You want to get to know as a professional, put for ward your business, and then introduce yourself as such. On LinkedIn you can introduce your company, your services, what you can do for your visitor. Regularly update your profile and give your contacts the latest information about your company. Recruiter s are looking for passive candidates Many recruiters are present on LinkedIn looking for candidates. They enjoy access to a resume database in all sectors to find the ideal candidate that corresponds to the needs of the company. This can allow you to win n ew contracts and new partnerships. Sometimes offer its services to a freelance business looking for an employee can be very lucrative. Make them understand why appoint an independent can benefit them financially and also in terms of the quality of work del ivered. More one day you may be trying to recruit for your business then why not look at profiles on LinkedIn . I hope this article will convince you to go register on this social network. spend a few minutes per week of your precious time to take a walk on LinkedIn especially if your customers are businesses. It is important to maintain a professional network especially in the current environment. By : Opti Matrix So lution - Web Development Company 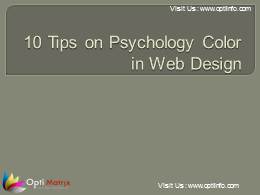 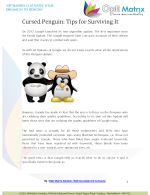 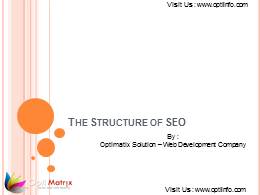 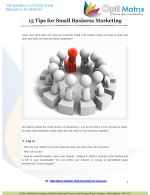 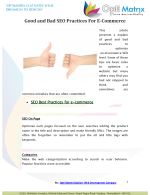 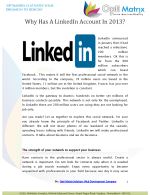 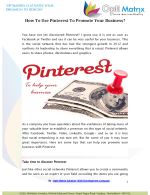 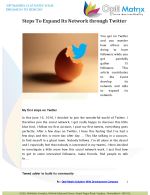 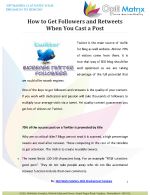 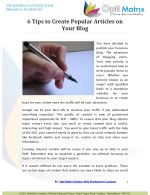