A2 Media Evaluation
By George Hullyer

In what ways does Misanthrope use, develop or challenge forms and conventions of real media products?

Misanthrope can be viewed as sticking to conventional film methods of story telling by the means of not breaking up the narrative flow and continuity the directing and editing choices in the editing process, for example starting of with the ending scene of Misanthrope and then working backwards, This was debated but we decided to leave it out of Misanthrope. As we liked the flow and build up of tension in the narrative. And didn’t want to spoil the ending for the audience giving away Jacks death right at the start of the film, it would have the same uncertainty that our final edit has.

On the other hand I suppose you could say that Misanthrope does heavily flip and change conventional methods if you compare it to the majority of media products, them mainly being film releases, and less towards TV shows. How many films have its entirety shot in a documentary style all the way through? Some films take this technique of filming, for instance the Paranormal Activity series and does in certain scenes for most of it’s films. We decided to implement this technique as a must when we began filming Misanthrope as it helped achieve that un-expectancy in the narrative and we wanted the rough unpolished look.

This enabled the entire camera shot types to be disregarded when it came to shooting as by the nature of a documentary style film the camera just documents the experiences going on. This was the same with filming Misanthrope, as long as the dialogue had finished we used the captured footage in the final edited product, as any rough footage captured ended up helping create the effect of having someone in the room documenting what was going on far greater than making sure all of out shots were always shot on a tripod or doing loads of retakes of scenes to make them perfect. This is an un-conventional method of filming as there is such a reliance on getting everything right due to the genre of film that you make and it’s narrative choices, and it’s because of the narrative and the genre being documentary that we could accomplish this stripped down approach when filming Misanthrope.

A big challenge and again un-conventional to most media products is that we used a script as a guideline for improvisation in acting out our characters of Jack, Darcie and Kiera, instead of following the script fully line by line. We found that this made the acting method more real, creatively free and un-expecting. The on the spot feeling helped when acting by putting more focus and energy in what each of the characters say to the camera.

How effective is the combination of your main product and ancillary texts?

Early on in the filming process I had the idea for what my posters were going to look like and how they would link and complement the Misanthrope message and theme that I wanted to achieve in selling to the audience.

The idea of the teaser posters was to thought provoke the viewer looking at it, make them almost confused with what it displayed on them, by having a range of three teaser posters each with a different character form Misanthrope on the font it will make the audience question the poster. Why are the posters different from each other? Making the viewer think as to a reason why there are three different heads on the poster. Automatically making the audience think about Misanthrope and what it’s about. Therefore making it stick in the viewer of the posters mind being an unanswered question until a trailer or the film releases. The lack of information given on the three posters are there greatest point of sale to a potential audience. Once the confusion and questioning has been made about the posters, it has reached it’s end goal of teasing the audience making them intrigued to the film.

The Misanthrope magazine was done in mind that it would be a future preview in a 2-page spread in a magazine like Time. As it is a Q&A interview with the cast of Misanthrope I decided not to have to much displayed on the spread. I only wanted to have the teaser poster eyes along the top to make new audiences and the reader of the magazines attention wonder at where these pictures are from, and what they are of. Having the tittle ‘Misanthrope’ below allowed the answer to their question of what the 2-page spread is all about. Making the reader enjoy knowing what they are looking at before they began to read the article.

The use of ‘A Film to look out for!’ would be included as a regular monthly segment in the magazine having interesting interviews and news about upcoming releases, in this case it being Misanthrope.

The text used I feel best represents the nature of a Q&A session by it being smart and an informative font choice to have, also the fact it is easily readable to the viewer.

I wanted to avoid clutter on the 2-page spread, and I wanted to achieve a level of not letting the potential reader know too much about Misanthrope as a film, making the reader make an effort to keep up to date with any future news by following any news directly from Misanthrope if they ended up finding the article appealing to them. The limited info placed on the 2-page spread will hopefully entice them to want to know more about it before it’s release.

What have you learned from audience feedback?

We gained constructive criticism from class members and friends that ended up watching the full length film of Misanthrope in the editing process, mostly their feedback was based on the editing choices that we made, some liked the documentary style and felt like you was one of the people in the detention room watching the drama all take place. Others commented on how the documentary style of editing was to jumpy and rough making them have to pay more attention at parts of Misanthrope and that Some speech was not loud enough.

Others liked the way we opened Misanthrope by using the sped up footage of Darcie walking through college along with the music playing, they appreciated the opening a lot more when they see what happens at the end of Misanthrope with Jack being killed. As most understand the choice of music on the second watch and realised it connotations and meaning to Misanthrope’s story foreshadowing.

How did you use media technologies in the construction and research, planning and evaluation stages?

Using Logic Pro 10
I found that the apple macs in college allowed me to create an opening soundtrack to Misanthrope I looked up various tutorials on YouTube on how to begin making a track. And began playing around with the array of instruments that logic 10 has in its library. I exchanged Ideas with our director Darren Braybrook about what message we wanted to get across to the potential audience and how he wanted to introduce them to as well as set the tone for the events ahead. I began to share ideas with Darren about the tempo and style he wanted for the opening sequence. So decided to choose the string section as this stereotypically displays tension. Such as in films like Jaws for example, I wanted to create a similar piece that was repetitive and stuck in the audiences mind, something when played would make the viewer think about Misanthrope.
Such techniques as looping cutting and pasting audio were heavily relied upon and useful for making the soundtrack successful and being able to use the simple tools, helped a lot in not making the whole process not too complex and difficult.

Using Final Cut Pro 10
To cut and edit the film we used Final cut Pro 10 a software application available to us on the Apple Macs. As Darren was the director he knew how he wanted the film to look when it was finished, so Darren had control over cutting and editing the final version of Misanthrope, A few new techniques were learnt during this process that being the term of ‘bouncing’ once the film was complete we had to import the Misanthrope soundtrack into Final cut for the opening sequence. Bouncing the audio allowed the piece to be recorded and it to be transferred into Final Cut Pro allowing us to place the audio at the beginning of the film along with the titles being presented to the viewer on top of the filming, titles and music.

Using Photoshop CS6
To create the three teaser posters I used CS6 a photo editing software on PC, first I looked up the correct dimensions for what a film posters universal sizes, after I had the correct poster size I placed the photos that I had taken while filming for Misanthrope into Photoshop. Once this was done I started to make new layers for each part of the text that would be placed on the posters. I got the font for my posters from dafont.com I copied this and pasted it onto the new layer for each part of text using my poster layout that I had already made prior to creating the final poster. Using the magic wand tool it enabled all the white background to be taken away from the font that was copied and pasted onto the already inserted photo making it look clean. After the first poster was completed I took the same size dimensions from the original poster that I had just made and used them for the other two teaser posters for Director Darren’s and Kiera’s posters. I clicked the layer I wanted and then dragged it over to the other posters document, allowing me to not have to do the whole new posters all over again making it cut time down drastically by not having to edit the layers again, I simply dragged and dropped them into place and where I wanted the title slogan and other text to be, and the posters were completed. 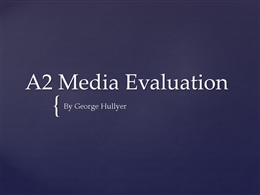 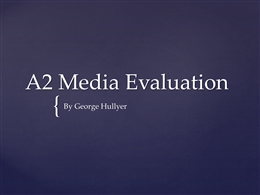 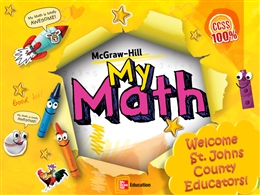