Life for African Americans in the south during the 1930s
By,
Rime Jabbara

Jobs
Much of the country's African-American population lived in rural areas and worked on farms owned by white landowners.
Racial wage differentials: wages for blacks averaged 30 percent less than for whites.
They were the first to be laid off from their jobs
They suffered from an unemployment rate two to three times that of whites.
In early public assistance programs African Americans often received substantially less aid than whites, and some charitable organizations even excluded blacks from their soup kitchens.

Education
Segregated schools
As African Americans were often the poorest members of communities, their neighborhood schools suffered from their inability to raise funds for teacher salaries and maintenance. African Americans were also unrepresented on most school boards and hence were unable to push for better funding for their schools.
The average spending per pupil per year was eighty dollars; for African American students the average was fifteen.
Nationally, more than 25 percent of all students were black, but they received only 12 percent of all education revenues and only 3 percent of funds budgeted for school transportation.

The Scottsboro Trial: 1931
The Scottsboro Boys were nine black teenage boys accused of rape in Alabama in 1931. Several white boys jumped off the train and reported to the sheriff they had been attacked by a group of black boys. The sheriff, stopped and searched the train at Paint Rock, Alabama, arrested the black boys, and found two white girls who accused the boys of rape. The case was first heard in Scottsboro, Alabama in three rushed trials, where the defendants received poor legal representation. After many trials and appeals all but two served prison sentences. One was shot in prison by a guard. Two escaped, were charged with crimes, and were sent back to prison. Clarence Norris, the oldest defendant and the only one sentenced to death, escaped parole and went into hiding in 1946. He was pardoned by George Wallace in 1976 after he was found, and wrote a book about his experiences. The last surviving defendant died in 1989.

Connection to the Piano Lessons
Willie explains that some whites had tried to chase Willie, Lymon, and Berniece's husband Crawley from some wood they were pilfering. Crawley fought back and was killed, Lymon got shot in the stomach while the other two went to prison.
Wining Boy says that white men can fix the law but the colored man cannot. Then Boy Willie rebels against the fact of these racist conditions, declaring that there is no difference between him and the white man, and that he can only follow laws he considers just.
After the war, the piano was still owned by Sutter. So the brothers Doaker, Wining Boy, and Boy Charles (Berniece and Boy Willie’s father) schemed to steal it. They got away with the piano, but the white men caught up with Boy Charles on a boxcar on the Yellow Dog train, and set it afire with him and four hobos inside. And they became the ghosts of Yellow Dog.
Boy Willie’s argument that owning property is the key to success – he can’t make himself white, but he can try to give himself the advantages that come with that skin tone. And property ownership, in Boy Willie’s eyes, is the first and biggest step.

Connections to Song of Solomon
The fact that Dr. Foster becomes the first black doctor in the city is a huge point of pride and celebration for the community. (Many African Americans did not have the same success)
"Who’s going to live in them? There’s no colored people who can afford to have two houses," (Lena) Here again we see how racism thoroughly affects American society, such that poverty runs widespread among the black community
Because of the color of her skin, Reba is denied the celebration honestly earned by being the 500,000th person to walk through the Sears doors. Here we see how racism can result in the bending of rules, how there is no such thing as fair or just. 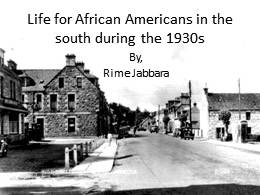 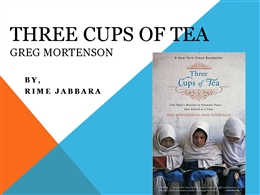