(1888PressRelease) The Spirit Music series feature some of Hollywood's top rising artists and renowned music makers focusing on their unique gifts and talents, the spirit and soul of their music and the messages they bring to the world through interviews and experiencing the rhythm and sounds of their music.

Hollywood's Shinca Entertainment Shares with Claudia Hallowell Entertainment to pound the Spirit Music Web/TV Series rhythm into the LA Music Scene Brain
(1888PressRelease) The Spirit Music series feature some of Hollywood's top rising artists and renowned music makers focusing on their unique gifts and talents, the spirit and soul of their music and the messages they bring to the world through interviews and experiencing the rhythm and sounds of their music.

Los Angeles-Long Beach, CA - With their footing higher and firmer than ever, Shinca Entertainment and Claudia Hallowell Entertainment again reverberate together to amplify a second season of their Spirit Music Web/TV series, into internet galaxies of euphonic euphoria, a magical "we got you babe" Los Angeles twist aired on February 14th, 2013 at 7:00 pm Central time on http://www.spiritshow.tv.

We are all touched by music, often times a single song can be so profound in one's life that we firmly believe the music was specifically written for us. It is this enigmatic spiritual connection with music that make us feel that musicians are more accessible on individual levels as they truly become important parts of our psyches, dreams and lives. The Spirit Music web/TV series is an eight episode show divided into two, four episode seasons that further invokes this accessible sensibility by featuring some of LA's top rising artists and renowned music makers in this audio/video centric media boomtown using a non scripted interview format with an offshoot documentary platform.
Where the first two web/TV series of the ambitious and enterprising Spirit Show Network movement, Spirit Fashion and Spirit Art, featured former beauty queen, spokes model and philanthropist Nia Lyte and the internationally distinquised artist/writer and fashionista Claudia Hallowell as the series' on camera co-hosts, for the Spirit Music series Lyte and Hallowell are the show's co-creators as well as something completely different.

Spirit Music is directed by prominent music video director Jay Lee (Happy on the Ground (a documentary for the Grammy Foundation), Zombie Strippers and music videos for recording artists such as OC Robot). Apart from directing the musical adventure stories in the show for artists such as OC Robot, Kayleene Peoples, Sajama, Juliet Weybret, American Idol singer Michala, Erich Bulling (composer of the film Dirty Dancing) and the Emmy Award winning composer Scott Liggett, Spirit Music highlights Lee directing the music video We Are All One, a video specifically crafted for the show as a how-to tool for music video fans, which will have its world premier during Season II.

Lyrics and music written by Hallowell, composer Bulling and Vocal Engineer Liggett collaborate for the song "We Are All One" as hand-picked young singing artists and children from around the globe will sing their hearts out for this song of love and unity. 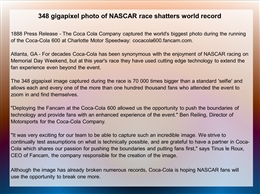 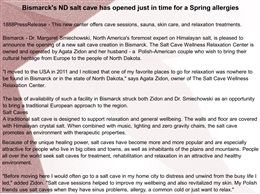